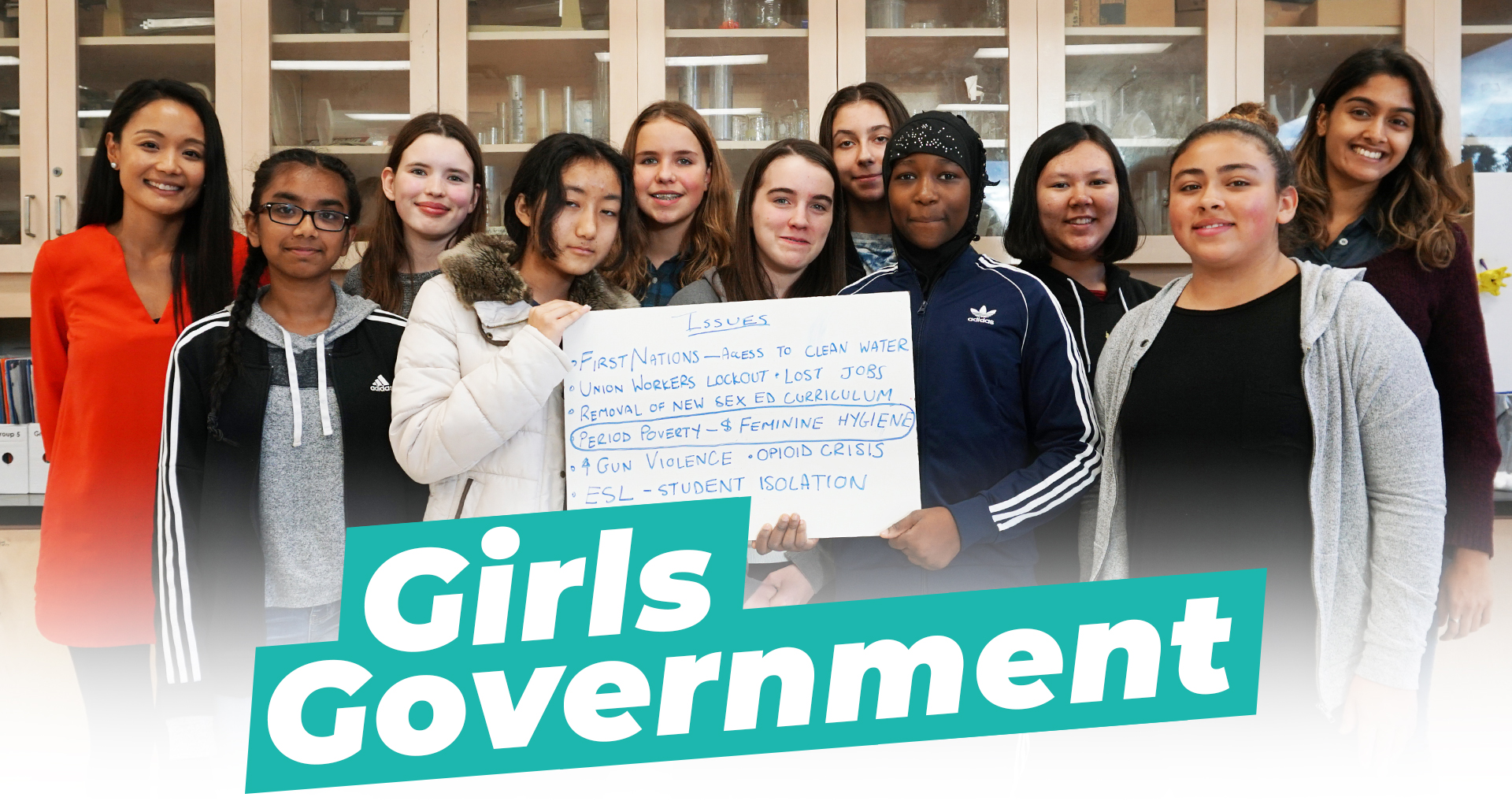 Girls Government is a program run by MPP Bhutila Karpoche, to introduce young women to the political environment, get politically active, and consider politics as a career option. This is a non-partisan initiative that was launched in 2008 and has been implemented in ridings across Ontario by MPPs from all political parties. Once a year, grade 8 girls from a junior public school in Parkdale–High Park participate.

Last year, 10 students from Parkdale Public School participated in Girls Government. They chose to focus on the issue of period poverty in Ontario. With help from their teacher and Bhutila, the group researched the issue, wrote letters to key stakeholders, and hosted a press conference at Queen's Park.